Introduced in 1986, Built in Taiwan

The Ta Shing Yacht Building Company Limited began in 1947.
The Taswell range was introduced in 1986 and has evolved to be one of the most respected names in performance cruising yachts.  The last ten years has seen the development of the Taswell brand, the Taswell range of yachts, and many, who have had the opportunity of viewing and sailing a Taswell yacht will recognize, that they are one of the Orient's best kept secrets.

From the design studio of Bill Dixon, they include yachts ranging from 43 feet through 50 feet, 56 feet, 58 feet to 60 feet in both center cockpit and the All Season (Pilot House) raised deck saloon versions.

Ta Shing Yacht Building Co., Ltd. and Taswell Yachts look forward to a challenging and exciting future in the next millennium. 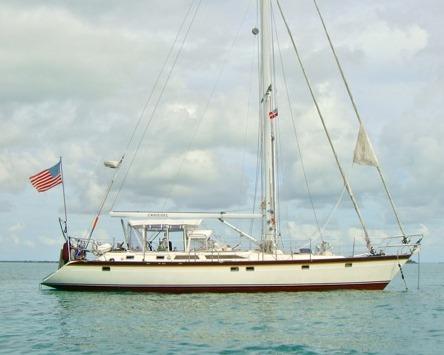